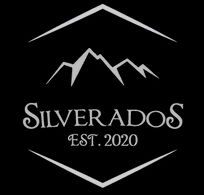 Experience an Intimate Musical Evening with Singer/Songwriter Pony Bradshaw, performing live on the inside stage at Silverados.


A little knowledge about Pony Bradshaw...


“Man’s real home is not a house, but the open road.” - Bradshaw was born a nomad, traveling in his blood. He’s settled in North Georgia now, but spent his formative years in East Texas, up until he joined the military shortly after high school. The Air Force took him to Colorado for a spell but ended up giving him the boot. Wires got crossed. Youth prevailed and he moved back to Texas with the kind of experience that can’t be bought, a duffel bag full of BDUs, and a head teeming with stories and new perspectives. A lot of aimless wandering ensued before he arrived in Georgia. Bradshaw’s most recent record, Calico Jim (1/29/21), was released via Black Mountain Music, a small independent label out of Greensboro, NC, and recorded in Little Rock, AR, at Fellowship Hall Sound. After signing with Rounder Records in 2018, and putting out Sudden Opera, his debut record, he decided to part ways with the historic label to have more control. “I’m a late bloomer, but that’s of no interest to me. I know everyone likes a story though. I have no qualms with folks building a narrative around me. Doesn’t necessarily make it true. I’ve got records to make and shows to play. I’d like to leave behind a body of work like an artifact. Something that could possibly tell a future human what it was like here in America. Like the old cave paintings that have somehow survived over in France, in the Chauvet Cave. I guess I’m just making cave paintings in the shape of songs. Good, strong melody can deliver story into the deep wells of man, where it imprints itself onto our ever-changing consciences. I’ve learned that much.”

Free Shuttle to and from Silverados begins at 6pm.

PERFORMANCE DESCRIPTION
Get ready to laugh until you cry when Comedian GINGER BILLY hits the Silverados Outdoor Concert Stage! Opening Act Comedian Brandon Rainwater. It's going to be a great show!

Good for one vehicle.

Shuttle service provided to and from venue.

Trial By Fire - Tribute To Journey

PERFORMANCE DESCRIPTION
Prepare to let TRIAL BY FIRE - TRIBUTE TO JOURNEY take you back to an earlier day when lighters were held high, and you couldn't help but sing along to such powerful choruses as “Don’t Stop Believin’”, “Wheel in the Sky”,  “Lights”, "Separate Ways" and "Faithfully"

Free Shuttle to and from Silverados begins at 6pm.

PERFORMANCE DESCRIPTION
For more than 20 years, Country music band BlackHawk has shared a unique sense of harmony with their voices, their songs and their fans, and now they will grace the Silverados Outdoor Concert Stage. Opening Act Jon Cox Band. Get ready for a great evening of entertainment!

PERFORMANCE DESCRIPTION
DEMUN JONES has always had a way of keeping it real when it comes to the music he has written, recorded and performed throughout his career - experience it LIVE on the Silverados Outdoor Concert Stage!

PERFORMANCE DESCRIPTION
Parking Pass for Freebird on Sat, 4/30/22
Valid for one vehicle.

PERFORMANCE DESCRIPTION
Donnie Baker, real name Ron Sexton, is a comedy character that is ‘trapped in the eighties’ and ‘will never admit defeat.’ With known catchphrases such as ‘I’ll say it right to your face’, ‘I swear to God’ and ‘State Law!’ Sexton plays the perfect archetype of the Kentucky redneck caricature. Donnie will have you rolling LIVE from the Silverados Outdoor Concert Stage!